Why are the Oxford Newspapers So Dull? 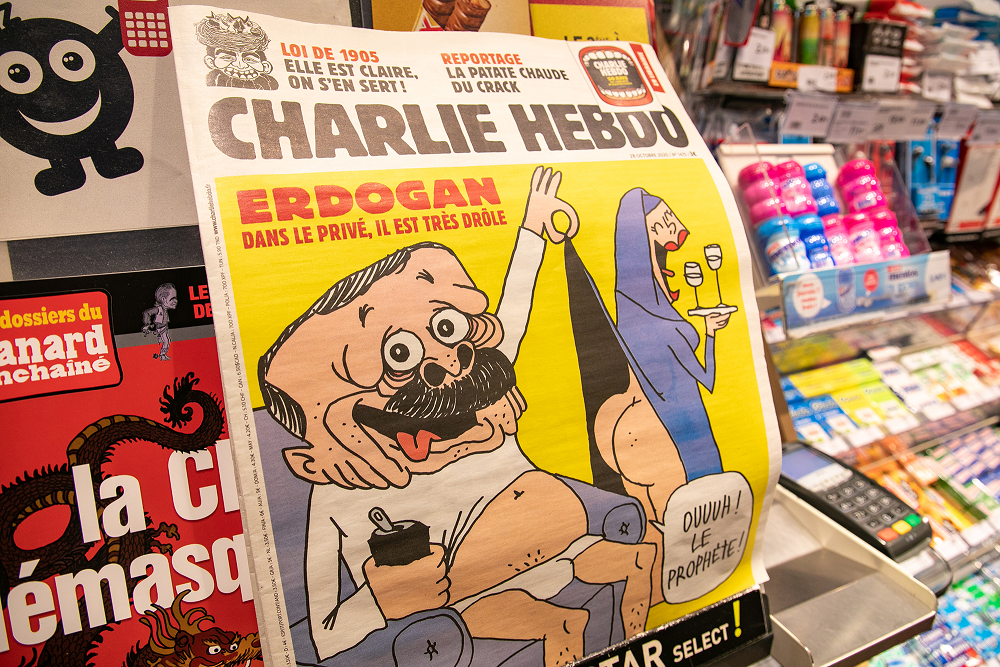 Every week a reassuring grey envelope, postmarked Paris, appears in my college pigeonhole. It’s my issue of Charlie Hebdo, the French satirical newspaper, and each time it arrives I open its garish cartoon-bespattered pages to check if this edition is as obscene, cutting, and deliciously cruel as the last one. I am never disappointed.

No one is safe from Charlie’s poison pen. The writers and cartoonists take pride in insulting everybody. The paper is read because it gleefully leaps taboos and excitedly limbos under low bars of taste. It makes an anarchic weekly stand against non-judgementalism and non-offence, against unity of consensus and the boring, censorious peddlers of ‘you can’t say that’.

Reading Charlie gives me a feeling of unfettered intellectual freedom, of uncredulous, cynical sanity. A publication does not have to be deliberately obscene to achieve this. What depresses me is that this type of writing is now largely absent from the Oxford student press. Picking up a copy of Cherwell, The Oxford Student, or opening The Oxford Blue website precedes a tidal wave of banality, a suffocating fug of lunkheaded prose and repetitive, ‘safe’ articles. It rarely feels exciting.

Perhaps I’m being unfair. As local publications, they are obliged to cover some of the necessarily mundane goings-on of Oxford. What is beyond dispute is that our publications are filled with such headlines as ‘BRITISH CULTURE’S OBSESSION WITH ANDY MURRAY’S RETIREMENT’ (Cherwell), ‘CADBURIES DON’T CARE ABOUT VEGANS AND WE ARE ALL WORSE OFF FOR IT’ (Blue), and ‘RONALDO VS. MESSI, THE ULTIMATE FOOTBALL DEBATE’ (remarkably, this was in the ‘News’ section of The Oxford Student).

Taken individually, these are fluffy, benign articles with miniscule numbers of interested readers. Harmless. But they are swiftly dull in large quantities, and ultimately unsatisfying. They do not fulfil what I believe the role of the newspaper should be: To question, inform, provoke, debate and entertain. Performing that role requires the lively discussion of contested, controversial topics (never forget that a topic is usually controversial because it matters). This is not happening.

I have scribbled for all three of the publications highlighted here, and I am grateful to them for airing my words. But that experience has also allowed me to glimpse the creeping, and so far, inexorable advance of a new journalistic doctrine: What I would call Total-noncontroversialism. The new religion is most evident in opinion and current affairs writing, though it also registers elsewhere. It places an enormous premium upon not being judgmental, on being entirely apolitical, or in only presenting the side of the debate that most Oxford students are expected to align with.

Consequently, student outlets either publish nothing on the topical debates of the day, or they produce pieces which the writer assumes will reflect the opinion of most Oxfordians. For example, since term started, I have seen only one article about ‘Partygate’ (Cherwell), and it was almost comical in its ‘Boris-is-a-bastard-who-represents-everything-wrong-with-this-country’ militancy. I have seen nothing about the cost of living. There has been no writing on the pros and cons of the NATO and European response to Putin.

It took almost two weeks for anything to appear on abortion rights after the leaking of Alito’s verdict. Finally, an editorial did appear in Cherwell. Again, it was an article that could have been written while asleep. The author – an American – stated how ashamed they were of their homeland, of how ‘deeply broken’ their country is (I dislike the smug superiority this kind of commentary encourages in Brits). A more brutally simplistic piece void of original thought could not have been written. I did not expect anything less. This is the only opinion that could have been published in Cherwell, so that was what we got. This is what I mean by predictability: being able to write the rest of the article in your head after you’ve read the headline.

This is the current state of the Oxford student press: Most debate is excluded entirely, and what opinion is published represents only one side of the argument.

The non-controversialism which has brought this about is fed by lack of ideological diversity, and by fear of offence. To write something which is seen to upset anyone is to have strayed into dangerous territory. It is a place where most student-writers fear to tread.

Incidentally, this fear of causing hurt explains why it is so difficult to find a bad review of a book, album, film, or student-play amongst the culture pages of our university newspapers. Just give it a go. Scan the websites of the papers I’ve mentioned here and see if you can find a stinking review. You’ll struggle. Instead, non-judgementalism prevails. To assert a hierarchy of preference, to be at all critical, has been equated with a kind of snobbish cultural discrimination. But we all understand – in our hearts – that some books and films are better than others, and that it is not always true that student drama produces ‘masterful emotional execution’ or ‘performances of which every cast member should be proud’ (The Oxford Blue).

That rare film or book which is panned is usually found to have landed on the ‘wrong side’ of the culture wars. For instance, The Oxford Student published a remarkably bitter review of the latest ‘Fantastic Beasts’ film a couple of weeks ago. It was so vicious in its nastiness (‘I think Fantastic Beasts 3 would have been better realised in podcast form, with just one continuous sound of a long, constipated groan’), that I could not help wondering if the author felt obliged to slam a movie inspired by the corpus of J.K. Rowling.

My main concern, however, is not the culture pages, but those that used to be devoted to political opinion and current affairs commentary. Today, this section is dominated by ‘identity’ pieces. The kind of writing in which the author reflects on how their sex, gender, race, nationality, disability, class, northernness, Welshness etc. has impacted their time at Oxford. Identity is frequently employed as a basis for student writing because it is distinctly uncontroversial. What you are is not up for debate.

There’s nothing wrong with articles like this, and they are not without interest, but they have become wearying in their ubiquity. The columns and opinion pages of every student paper features them heavily (normally alongside at least one article on climate anxiety). At their worst, the preponderance of these pieces can start to feel self-indulgent.

Oxford is populated by unusually intelligent people receiving world class tuition. The dominance of ‘what you are’ can sometimes obscure ‘what you think’: the argument, intelligence and eloquence of the author’s mind. If we truly crave diversity, then we should look inward, recognise the infinite originality of every intellect, and then allow that intellectual variety to shine in the student press. But the ‘noncontroversial’ doctrine stops this happening.

Because a broadly left-wing ‘social-justice’ oriented worldview is regarded by the student press as the ‘noncontroversial’ political stance, a great many opinions never make it into print. To most people working at the papers, the great debates of our time are hardly debates at all, but settled issues, with a narrow band of acceptable thought.

If the first consequence of this malaise is the production of repetitive, predictable articles, then the second is how ideological single-mindedness blinds the Oxford student press to events which do not match the prevailing narrative. It causes entire cohorts of wannabe journalists to completely ignore massive, consequential stories.

Oxford’s newspapers have been allowed to develop such enormous blind spots because an inquisitive journalistic atmosphere has been stifled by a single mode of thinking. Raising the importance of viewpoint diversity or even simply, ‘freedom of speech’, is to risk clenched teeth, nervous looks, and hasty, mumbled excuses.

An injection of intellectual freedom is badly needed, not only to improve the quality of debate in the Oxford press, but to safeguard the survival of the press itself. The depressing reality is that the most avid readers of these publications are the same people who write and edit them. Every week, piles of uncollected Cherwell and Oxford Student copies lie unread at plodges. This is because most students already know exactly what will be said about a given issue, if anything will be said at all. They do not feel that time spent in the company of these publications will be surprising or provoking.

How should the Oxford newspapers stop being dull? They should shun repetitive predictability. The proportion of pages given to fluffy pieces should be matched by the space afforded to strong opinions of different stripes. The emphasis should shift from identity – what you are – to what you think. Editors should consider the value of challenging their readers, rather than massaging their biases. The only risk is that we might create an Oxford which is more intellectually diverse, inquisitive, and fearless.

Oliver Buckingham
Oliver Buckingham is a second year History and Politics student at LMH. He writes about politics and books, and has his own blog at whirlwindofscrappaper.com

Thank you! Your submission has been received!

Oops! Something went wrong while submitting the form